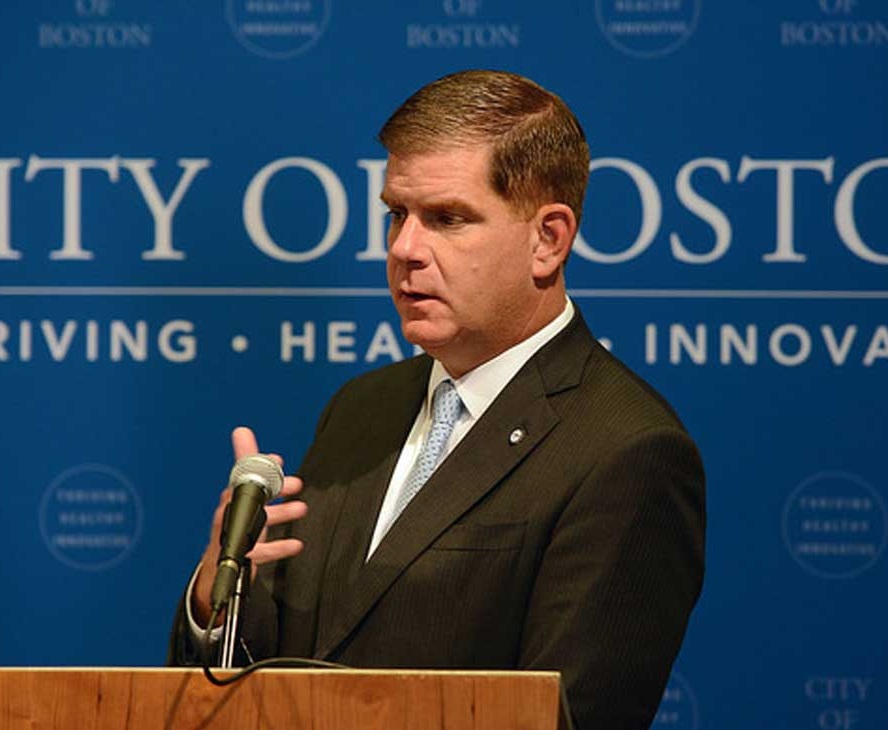 UPDATE: The Black Economic Council of Massachusetts (BECMA), the Greater Boston Latino Network (GBLN) and Amplify Latinx have filed a with the Department of Justice and the Department of Transportation claiming their civil rights were violated by the city, under Labor Secretary-nominee Marty Walsh, for its failure to award an appropriate number of contracts to minority-owned businesses.

Black Bostonians, according to a study conducted by the city, were given just 0.4 percent of city contracting dollars from 2014 to 2019, reports the Boston Business Journal, which obtained a copy of the report.

In response to the controversy over the study, Walsh plans to sign an executive order soon to set a goal of awarding 17 percent of the city’s contracting money to women- and minority-owned businesses.”

BECMA executive director Segun Idowu at a press conference today said that “The time for papering over this gaping discrepancy with hollow statements and weak action is over.”

“To set a goal of 17 percent, whereas (as outlined in the report) 11 percent of the contracts were awarded to white women, in a city where people of color make up more than half this city — it doesn’t make any sense, and it’s not bold,” he added. BECMA is asking for a goal of 40 percent instead.

The advocacy groups are asking the federal government to investigate the city’s contracting practices and coordinate a response to fix the problem.

Walsh was just 21 years old when he joined the Laborer’s Union Local 223. He served as the union’s president and also as the secretary-treasurer and general agent of the Boston Metropolitan District Building Trades Council, an umbrella organization of local unions. Walsh has also served as Co-Chair of the Massachusetts Democratic Party Labor Caucus while serving in the State House of Representatives before becoming Mayor.

However during his terms as Mayor of Boston, starting in early 2014, black-owned businesses were shut out of city contracts according to a study commissioned by the city and partially obtained by local media outlet GBH News.

“The city has not yet released the study publicly but many city officials have received the several-hundred page report done by BBC Research & Consulting at a cost of about $1 million,” the outlet reports.

More than 47,000 contracts between 2014 and 2019 (a period in which Walsh was Mayor) totalling nearly $2.2 billion were analyzed. Despite having the “highest rates of businesses available to work with the city,” black-owned businesses “posted the lowest rates of contracts.”

While Walsh has a strong record of working with and within organized labor, this disastrous disparity study shows a pattern that must be avoided at the federal level, and members of Congress should have questions for Walsh about it during his confirmation hearings.