Some 41 percent of black-owned businesses shut down in the first months of the pandemic. The time to act is now. 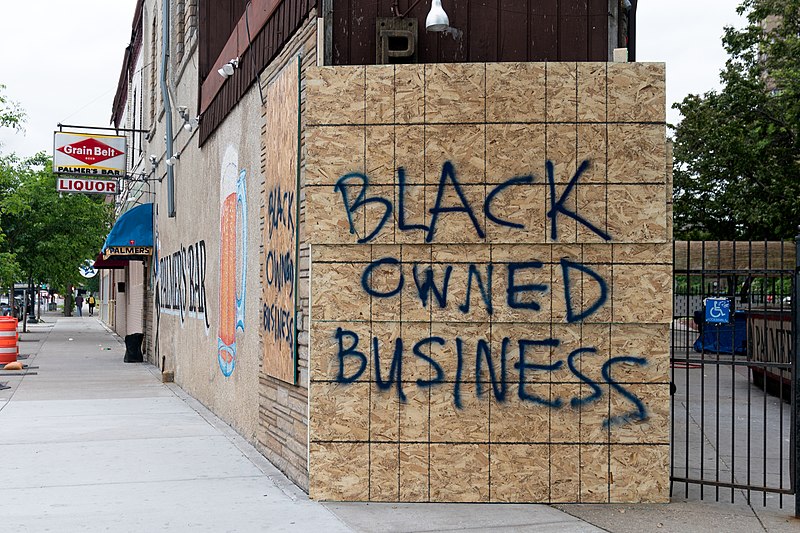 Small business survivability rates are low across the board, but black-owned businesses are uniquely vulnerable to closure.

A whopping 80 percent of minority businesses shut down within their first eighteen months, according to a CNBC report earlier this week.

According to the report, African American small business owners have shut down at twice the rate of small businesses owned by white people during the coronavirus pandemic.

Meanwhile, a report from June by the National Bureau of Economic Research showed that 41 percent of black-owned businesses had closed down between February and April of 2020, a figure representing 440,000 businesses.

Since there was no stimulus between April and late December, it’s safe to say that many more have closed since the study, since, after all, the study covered a period of time that began just over a year ago

While the second round of stimulus actions saw changes to the Payment Protection Program (PPP) that did more to address the unique challenges faced by minority business owners, it being Black History Month, now is the time to make sure that black-owned businesses are getting the relief they need from the federal government.

President Joe Biden’s proposed stimulus package acknowledges the specific plight of minority businesses, and highlights the need for the government to provide “support for the hardest-hit small businesses, especially small businesses owned by entrepreneurs of color.

“Small businesses sustain half of the private sector jobs in America, and they have struggled in the wake of COVID-19. Black- and Brown-owned small businesses, and those in hard-hit industries like restaurants, hotels, and the arts, have suffered disproportionately,” the White House says.

The plan calls for the government to “provide grants to more than 1 million of the hardest hit small businesses. This $15 billion in flexible, equitably distributed grants will help small businesses get back on their feet, put the current disaster behind them, and build back better.”

These are undoubtedly steps in the right direction, but with an estimated 800 businesses closing per day, the time to act was yesterday.

And yet, Congress’ negotiations over the stimulus package appear to be on the back burner, with the second impeachment trial of former President Donald Trump taking priority. Then, President’s Day will disrupt the legislative process. According to a CNN report released today, “a final vote could possibly come in late February, after the impeachment trial is complete in the Senate. Lawmakers hope to pass the legislation by March 14.”

Lawmakers are shooting for the mid-march deadline because that’s when unemployment benefits under the last stimulus package are set to dry up.

In other words, the plan is to wait for the midnight hour to pass more relief, despite the Democrats running the executive branch and having a majority in the legislative branch. While small businesses — disproportionally black- and brown-owned ones continue to shutter — lawmakers plan to wait until after another impeachment trial and a vacation for congress members before taking any further action to bail out Main Street. Rather than merely paying lip service to Black History Month, congress should get their priorities in order.

Do you have a story to tell about the impact of coronavirus pandemic shutdowns on your business? Email us your story at Alex@ContractorNews.com.