A Border Wall Blitz as Future Hangs in Limbo — or Does It?

A ton of money is at stake. 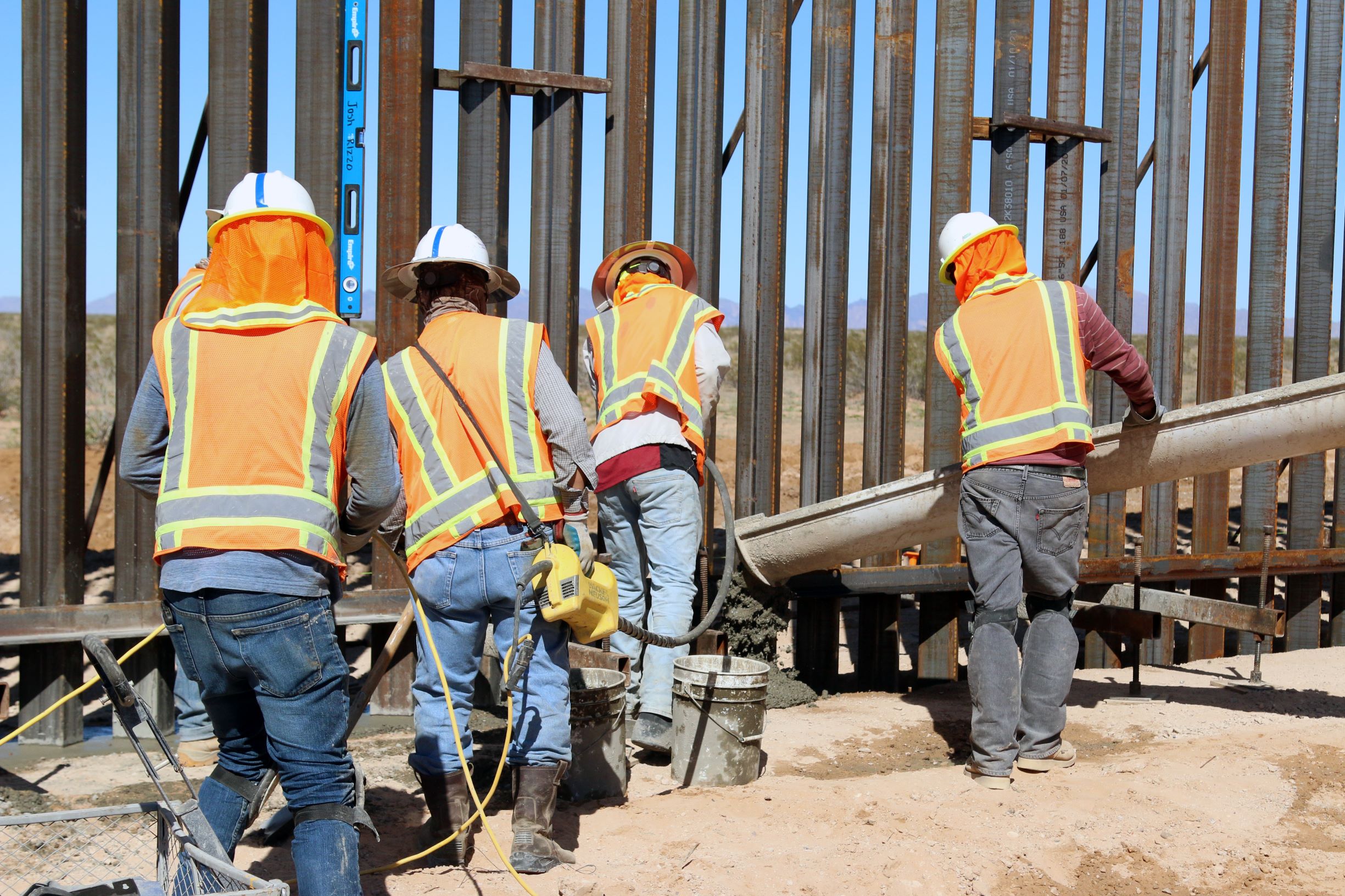 Construction of the controversial border wall along the US-Mexico border continues “full steam ahead,” though President-elect Joe Biden has vowed to halt it.

Earlier this month, the Trump Administration announced that it had erected 450 miles of barriers along the border, reaching the milestone it had promised to before the end of 2020. Meanwhile, the current administration has secured funding from Congress for up to 738 miles, but Joe Biden’s election may throw a wrench in future construction. Already, $15 billion has been spent on barrier construction.

Over the weeked, President Trump touted the successes of his border wall construction in Alamo, a Texas town on the Rio Grande. He began his speech on the subject before taking a short detour and coming back to the topic, in a fashion typical of what we’ve learned to expect over the past years: “We’re joined together to celebrate a great achievement, the extraordinarily successful building of the wall on the Southern border. Before we begin, I’d like to say that free speech is under assault like never before. The 25th Amendment is of zero risk to me but will come back to haunt Joe Biden and the Biden Administration.”

Deeper into his speech, he added: “A lot of the wall you have is incredibly natural. You have the mountains, you have the rivers, you have some very powerful water areas, you have some areas that are virtually impossible to get by. So we didn’t need walls everywhere, but where we needed them… because it’s been so successful that we’ve added nearly 300 miles. And that’s currently under construction. This was our original wish, to get these areas done where there was such trouble. And now, we have it. It’s either in construction or in pre-construction, an additional 300 miles. In every region that we’ve built the wall, illegal crossings and drug smuggling have plummeted, absolutely plummeted.”

And since President Trump lost the election, he has doubled down on border wall construction and is continuing to award contracts even where the government still doesn’t own the land.

"We can't let the next administration even think about taking it down,” he said.

But it’s not all said and done. “There will not be another foot of wall construction in my administration,” Biden said in August. On another occasion, he promised to halt construction “on day one.”

Should this promise be taken at face value? We recently watched Biden’s promise of $2,000 checks going “out the door” magically turn into $1,400 checks. Moreover, 128 miles of border barriers were constructed under the Obama-Biden Administration and Biden has supported building barriers along the border for most of his political career. Then, there’s the cost of not doing business, which we’ll discuss later.

“What we saw, unfortunately, was almost all, if not all, the fence started under Bush kept going under Obama," Ricky Garza, a staff attorney at the Texas Civil Rights Project, told CNN.

Garza was talking about a bill passed by George W. Bush that authorized 700 miles of double-layered border fence. Joe Biden, in surreptitiously recorded audio, once bragged about voting for that bill.

It’s impossible to say for sure whether Biden will make good on his promise to completely halt construction, but one thing is certain: a whole lot is at stake.

According to the US Army Corp of Engineers, 37 construction projects are underway along the US-Mexico border. Meanwhile, the Trump Administration is doing everything it can to tie Biden’s hands. According to AP, Trump has “locked in contracts to build hundreds of miles more. More than two dozen projects are underway and contracts are signed with at least five construction companies, totaling $7 billion, according to government figures.”

So far, the Trump Administration has pursued a strategy of handing out contracts before they even acquire the titles to land. According to ProPublica, this has led to millions of dollars delay costs and scores of eminent domain cases. Between November 3, Election Day, and ProPublica’s December 23 article, 40 new eminent domain cases have been filed. In total, around 200 lawsuits have been filed by the federal government to seize private land.

As it stands, “the incoming Biden administration and hundreds of Texas landowners [will be] in a web of title and compensation disputes, multimillion-dollar contracts and a string of unfinished — and disconnected — projects all along the Rio Grande,” according to the outlet.

While it would save the US government money to stop construction: a whopping $2.6 billion according to the Pentagon, terminating existing contracts and paying for already purchased materials would cost “billions of dollars” according to US Customs and Border Protection Acting Commissioner Mark Morgan. With contracts with five construction companies totalling $7 billion, these companies will expect favorable settlements. Then, the government will likely have to pay up for unused materials purchased by contractors. These companies have reportedly been working “round-the-clock” in anticipation of policy changes under Biden.

While there is a ton of money at stake, there are some things money can’t buy: heritage and biodiversity, anti-border wall activists say. Historic churches and cemeteries sit in the path of the barrier. Locals report severe drops in the number of mountain lions, bobcats, deer and turkey around where construction has gone on. Already, mountaintops have been blighted with dynamite, and 100-year-old saguaro cactuses, a common image in Mexican iconography, have been toppled. According to one report, should planned expansions of the barriers go through, we can “kiss jaguars goodbye” in Arizona.